Kicking off my Bonneville project

So I joined here a while back . IM currently doing some upgrades to a pretty much already restored 77 Pontiac Bonneville. Its has some family history and my dad and I re did the car and its been on the road since 2011. I was young and im going back and fixing a few things at this moment now that I have a much broader skill set and im setting the car up as a street strip car. While the engine/trans is out I plan on doing some engine upgrades, and re sealing the transmission , IM building up a stout diff and fixing the dreaded crack and buckle in the frame ( I have known about it for a while but now I need to fix it ) . My wife primarily drives this car I enjoy wrenching on it and watching her have fun. I have my 72 cutlass for my own fun haha. Currently it has a 350 olds that I built back in 2008 and it lived in my cutlass and my car ran 13.7's with it. It found its way into the Bonneville back in 2010. We had the car at the drag strip back in October and surprisingly we have a 15 sec car !!! . It has a 3.08 gear , th350 with a 2300 stall and pretty much full weight . The goal is to put it into the low 14's and let my wife get more seat time before I stick in the wicked 463 olds im building.

IM gonna have questions as I go and hopefully I can get some feed back here. IM sharing a link to my youtube as I do videos and stuff like that to document my work just for fun. Might give you a better idea of what im working with and or capabilities as I know sometimes on forums we get lost in words.

A few questions for the buffs.

1. Does anyone reproduce the wiring harnesses for the B bodies ?

2. has anyone fully rebuilt their door hinges ( mainly lower) or am I stuck finding used ? repops ??? I know im dreaming on that last one possibly. Maybe a kit ?

3. one using this platform for drag racing what shocks are you running for front and rear shocks and rear springs.

4. Is the brake booster pretty much the same as most other GM units ? I want to buy one of the nice coated re pops common for the older gm a bodies and b bodies . They seem pretty generic I saw with the exception of 9 inch and 11 inch diameter. I have worked on older B bodies ( 69 impala) and it was pretty much the same visually as what was on my 72 cutlass. Or possibly a nice upgrade suggestion ?

5. I want to change from a 5x5 BP to a 5x4.75 BP I was told I can run a later year camaro rotor in the front and it would work on the same spindle and with the calipers. ( any suggestions on this change is highly appreciated ) . The rear end I got with strange engineering axles is 5x4.75 BP and I got some nice 5x4.75 wheels i want to put on there.

Im very GM A body centric and have a good deal of experience earlier B bodies ( 69 impala I did a lot of work to) I know the 77-90 was unique in its own way to its self just don't know how generic some of the GM interchange is to it ( like the brake booster) Also curious if A body shocks will work on this era B body. Thanks in advance Any advice or suggestions is highly appreciated.

I like your Pontiac. I got married in 1978 and my wife's father was a plant manager in a GM engine plant that built 305's and 350's. He got a company car every 3000 miles but had to buy a new car every year. He bought Pontiac Parisiennes from 78-81 which in Canada is your car with a different name. In 1978 he had a blue on blue coupe just like yours with rally wheels. We took the Pontiacs on a bunch of trips because my hot rods weren't highway cars. Nice cruising machines.

I'm surprised that your car has a 5" bolt circle. I have a set of spindles that I recall came off either a '77 Olds 88 or a 79 Le sabre. They have 4 3/4" b. c. I parted out a 79 Caprice wagon and it had the larger 5" b. c. I've read that you can install B body spindles on a Malibu which give's better geometry and bigger rotors. I still have a set of the Olds spindles and they have only 10.5" rotors. If you google "B body spindles on a G body" the fix is use mid 80's Camaro 1LE rotors which fit and are the smaller bolt circle. The Camaro 1LE's were built for a street stock race program. My '96 Impala SS has the larger bolt circle.

My V8 78 Malibu has the smaller diameter brake booster and my V6 '80 Malibu has the larger diameter one. I have a 1980 GM Unit repair manual. My office was next to product engineering. The manual refers to the smaller dia. one as a Delco Tandem Power Brake Unit and the larger one as a Bendix Single Diaphragm Power Brake Unit. It appears from the cross sections that the smaller one has two diaphragms to achieve the same boost. So my guess is that GM had two supplier sources and used them more or less interchangeably.

Thanks. This is great info. Just got the body off of the frame. I will be welding this weekend on the frame. another thing im trying to find is Hinges. I know the top ones i can just do new pins and bushings but the rollers on the lowers are shot . Is there repair kits for the lowers ?
D

3. one using this platform for drag racing what shocks are you running for front and rear shocks and rear springs.
The goal is to put it into the low 14's
Click to expand...

Currently have the motor out (cracked head). Going to put it back together with a little more cam (GM 395), 1.6s on the intake side, and a 10" 3k stall converter. Hoping for a 13.99x downhill with a tailwind in mineshaft air. 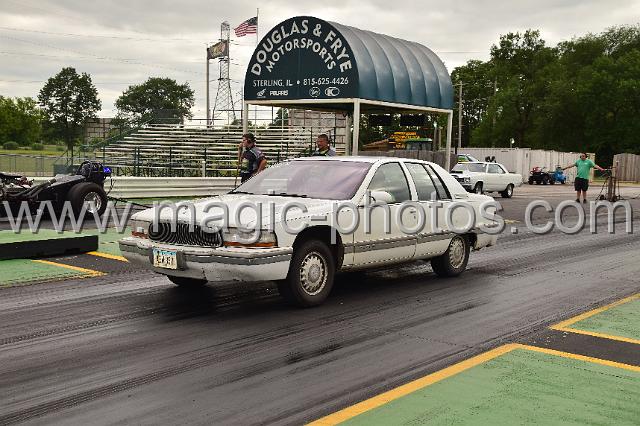 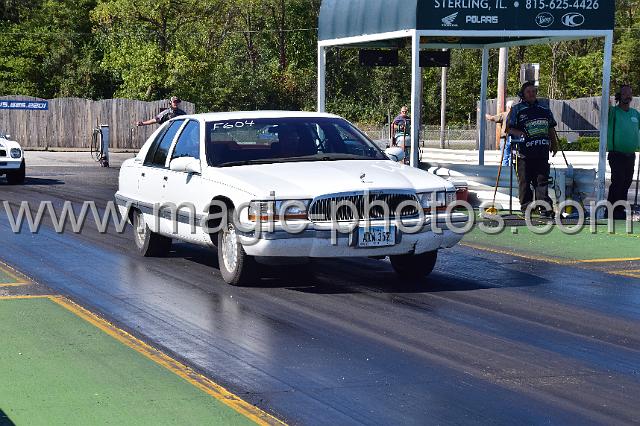 Thanks. Yeah I know for 14's it does not need much but a little fast moving weight transfer will help the 60 ft. My Cutlass runs 11.80's with a 350 olds and the big plan down the road is to put the 463 I have on the stand into the Pontiac. So I'm thinking ahead hear. The goal when that set up goes in will be low 12's. We got a ways to go but making progress. Hopefully welding on the frame is done this next weekend.
D

FWIW friend of mine runs 11.50s in his 69 GTO with mostly stock suspension too. BUT he is trying to slow the car (throttle stop cuz no cage) so it's ok w/him if it leaves a little soft...

Prolly wouldn't hurt to brace up your poncho. Something like this? https://www.impalassforum.com/threads/dick-miller-triangulation-braces.264387/
plus maybe a bar connecting the rear frame rails. Adjustable upper control arms would be nice too (pinion angle)...
What rear end is in it - 28 spline 8.5?

I plan on doing the brace across. I'm fully boxing the center but no gussets. I think for our plans won't be needed. For now the rear end will be a 3.42 8.5 28 spline but I have a 30 spline strange axle 10 bolt for the future. I ran low 12's on my olds before I needed suspension. But with a small cubic inch motor like my 355 I need all the help to make up for the lower torqe compared to the big block. Currently it 60's @ 1.59 and it just has ssm bars adjustable uppers and all that good stuff. For the pointac im making my own rear control arms adjustable uppers. Solid bushing lowers.
Reactions: dirtybob
You must log in or register to reply here.
Similar threads
69 pontiac bonneville
1978 Bonneville part out
Share:
Facebook Twitter Reddit Pinterest Tumblr WhatsApp Email Link
Top Bottom