You are using an out of date browser. It may not display this or other websites correctly.
You should upgrade or use an alternative browser.

I migrated from the G body site. My Malibu is getting a Gen II injected 350 swap at present. My interests are kind of diverse. 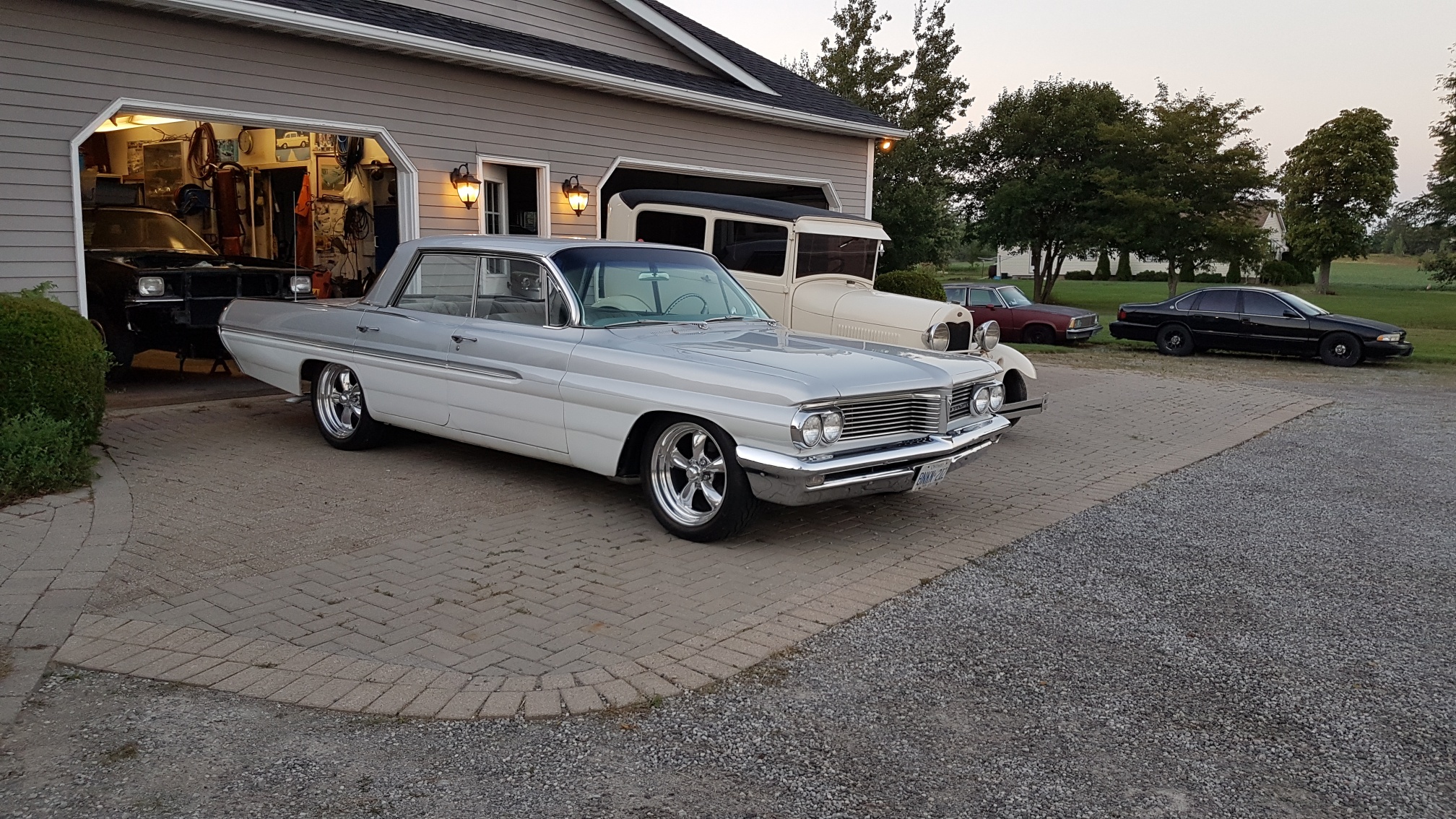 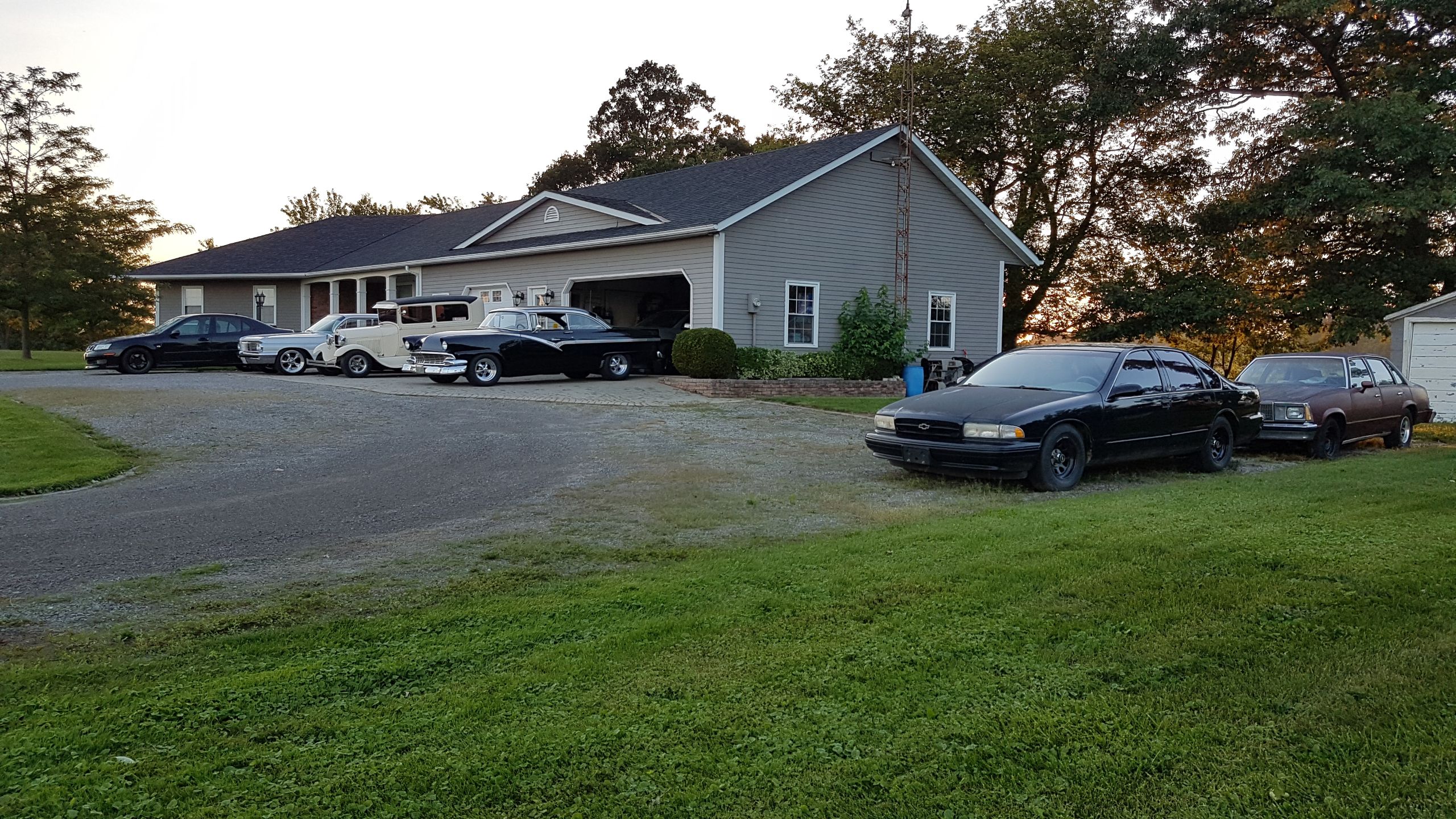 I bought the two Fords in the '60s. In the '90s I my son was over six feet tall and I needed a fordor for cruise nights. I bought the Parisienne Sport Sedan with a 283/powerglide. 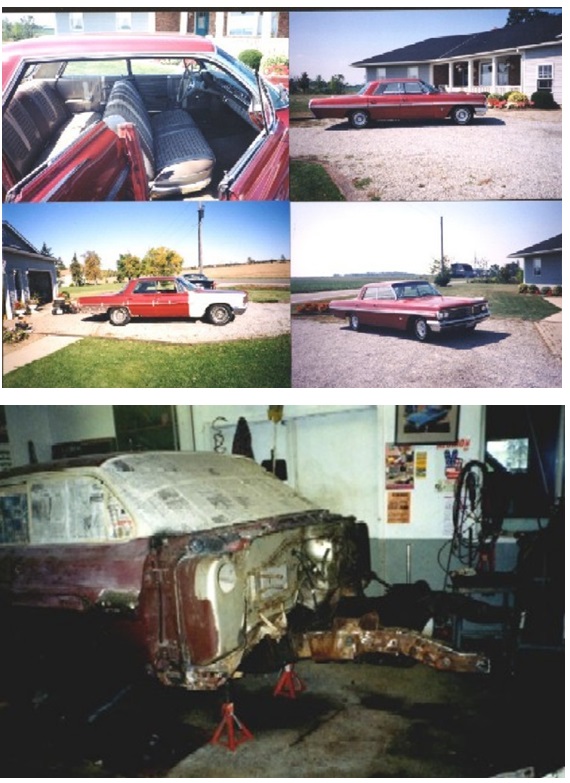 In 1998 my mother-in-law passed and my wife offered to buy me a new car from her inheritance. I wanted a 1996 Impala SS and bought one just past the warranty mileage with bald tires, Edelbrock headers, cat back system, K&N etc. I still have it. It currently is parked with a misfire, probably moisture in the optispark. It will run again.
I built the Pontiac with a 400/700r4 and got it on the road in 1998. I sent some pictures into CarCraft and High Performance Pontiac. 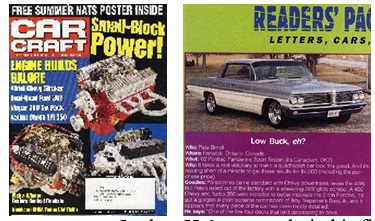 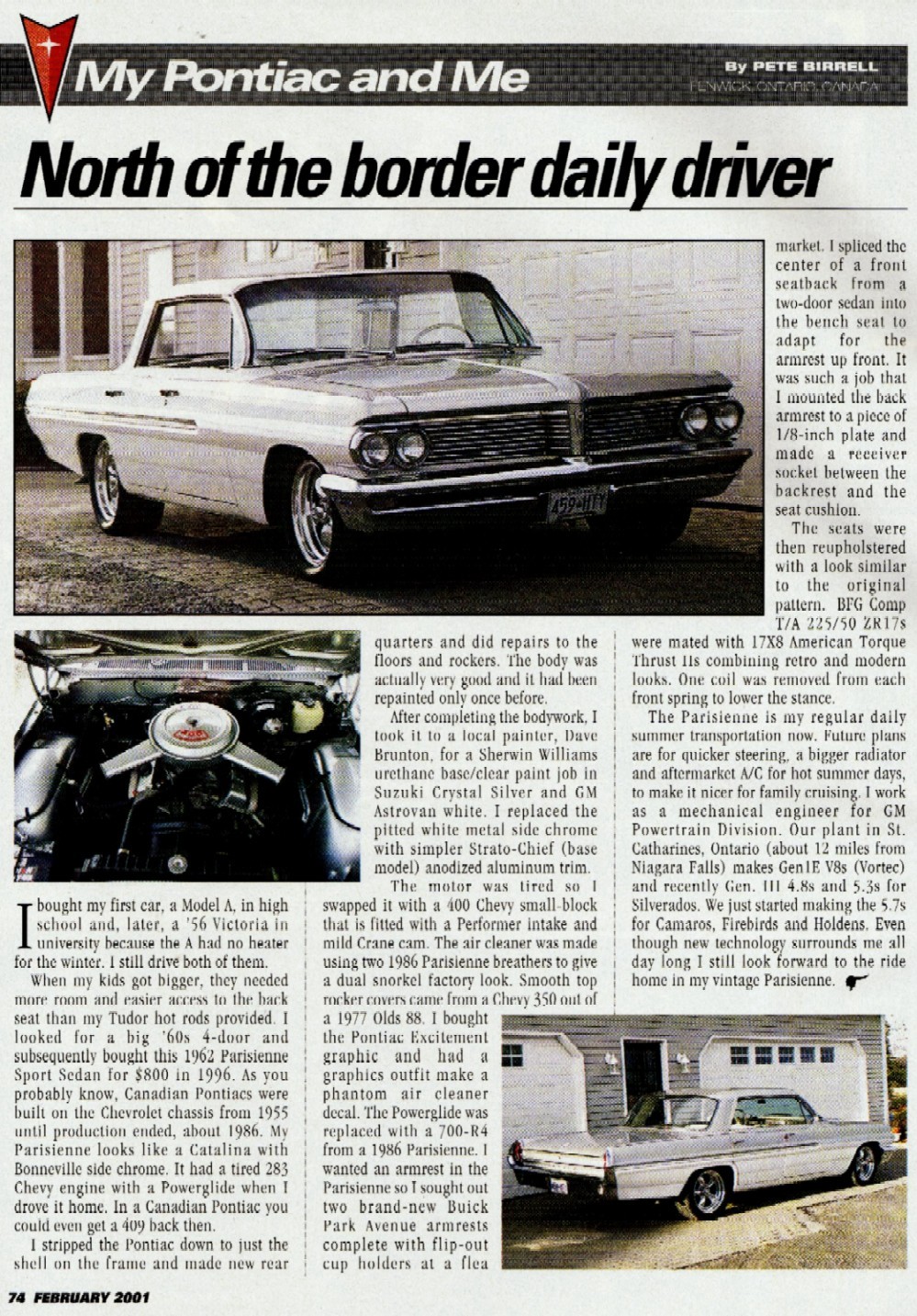 I gave the car to my son around 2004 and the 400 was a gas pig. We bought a 1995 Impala SS driveline, wheels, spoiler and wiring for $1400. We rebuilt the engine .030 over and the trans rebuilt too. I cut up the injection harness and merged it into the Pontiac. I have good details for the Gen II engine swap, documented in Excel format if anyone wants a copy. My son added Hotchkiss stabilizer bars. Power steering box is G-body and it has disk brakes up front. Coils are cut.
Seats/console are 1962 Wildcat Buick. Alpine stereo and amps. 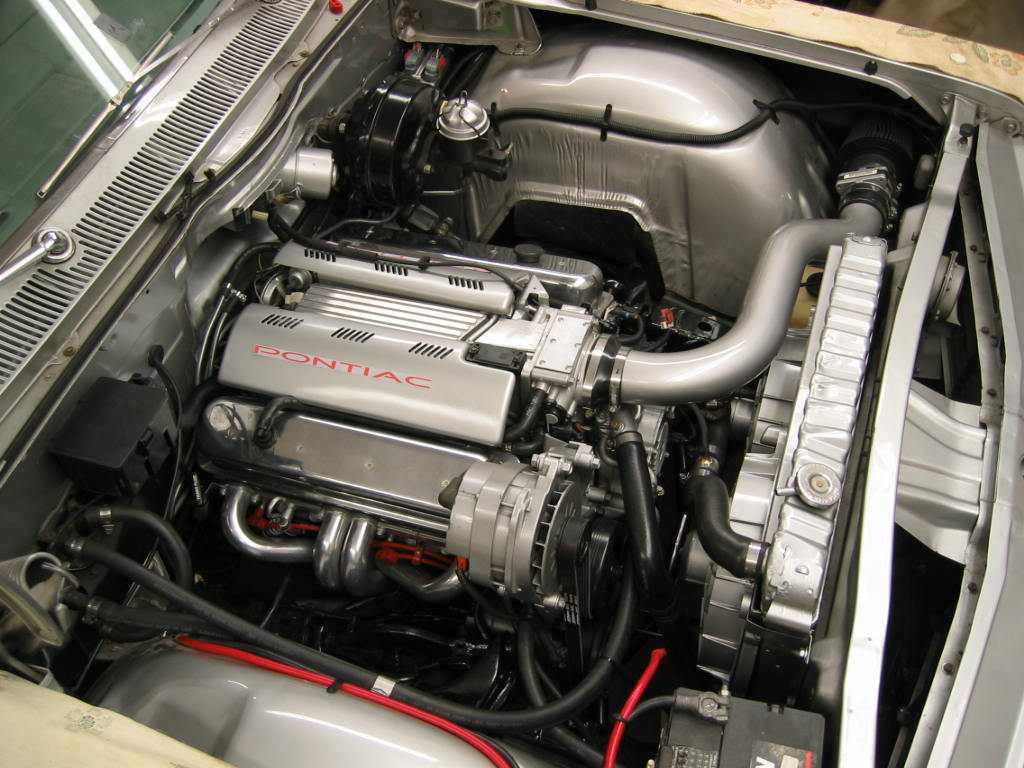 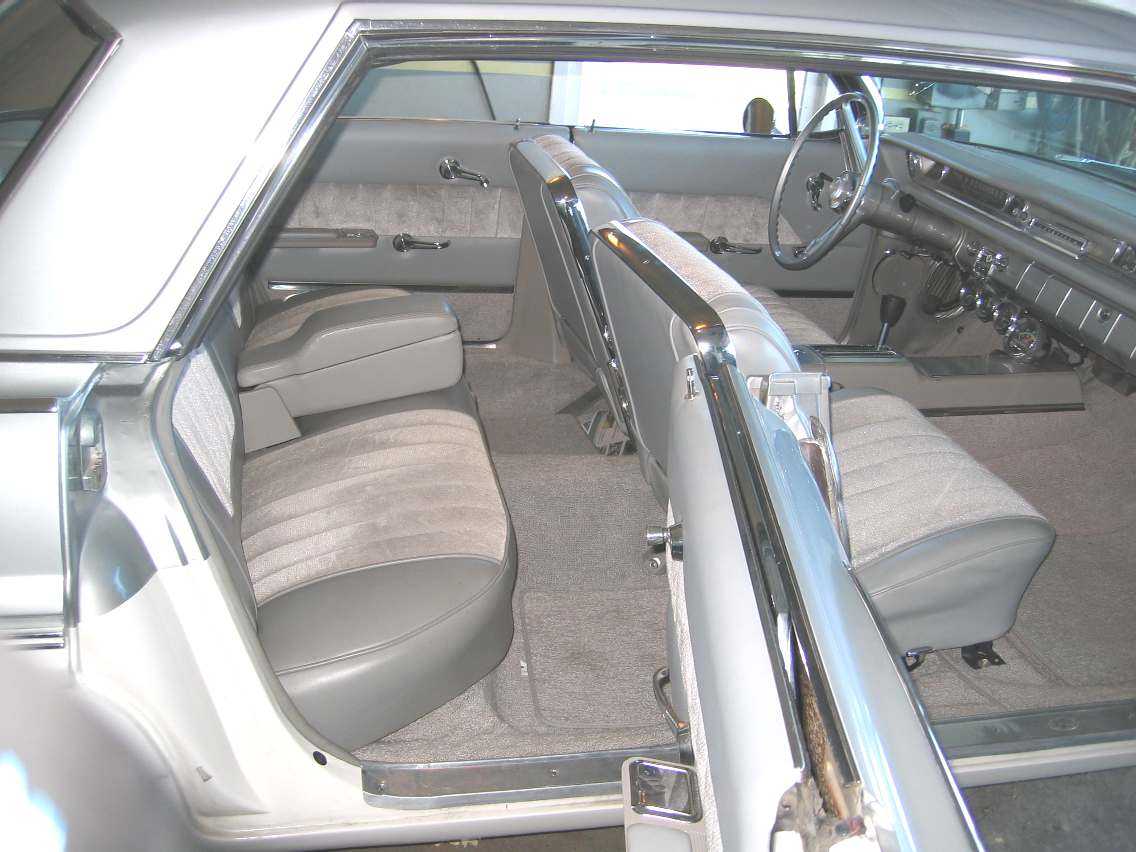 The Pontiac is a nice cruiser. The car is 400 lb lighter than my Impala SS which has run high 14's.
My son lives in a high rise condo and the Pontiac lives in my garage, so it is for sale. Lots of room for a big family.
Pete

Man, sweet collection of cars you have there!
B

Awesome stories looks like a beautiful house and a beautiful assortment of cars. I would love to pic just one would be hard to choose.

Thanks for the thumbs up Chris.

Last year the Impala was getting a bit run down and had a rear axle rumble. I bought a similar 3.08 posi axle from a 91 Caprice but each axle was 3/4" shorter. So I learned to replace pinion bearings from some good online videos. It worked out fine. 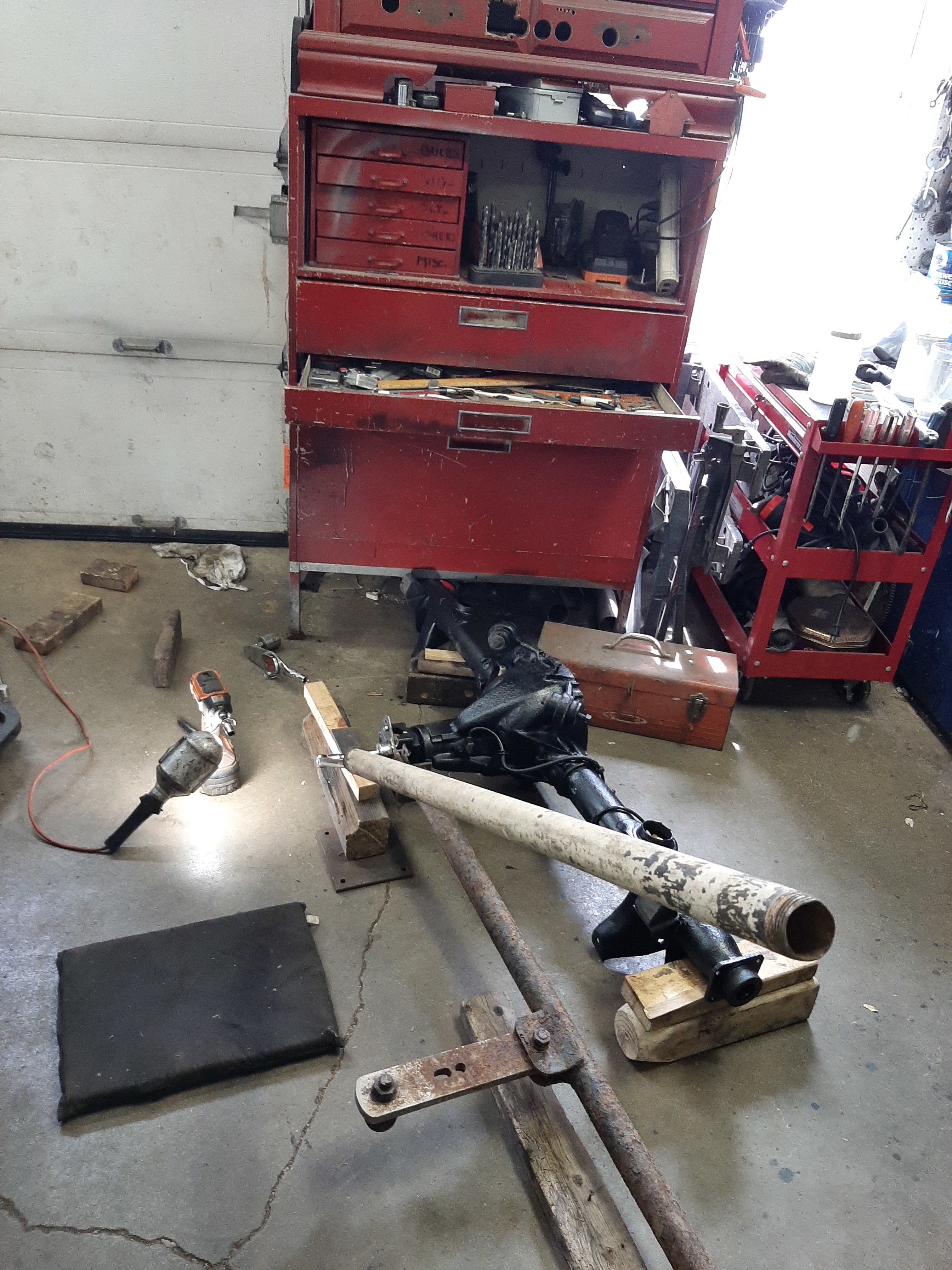 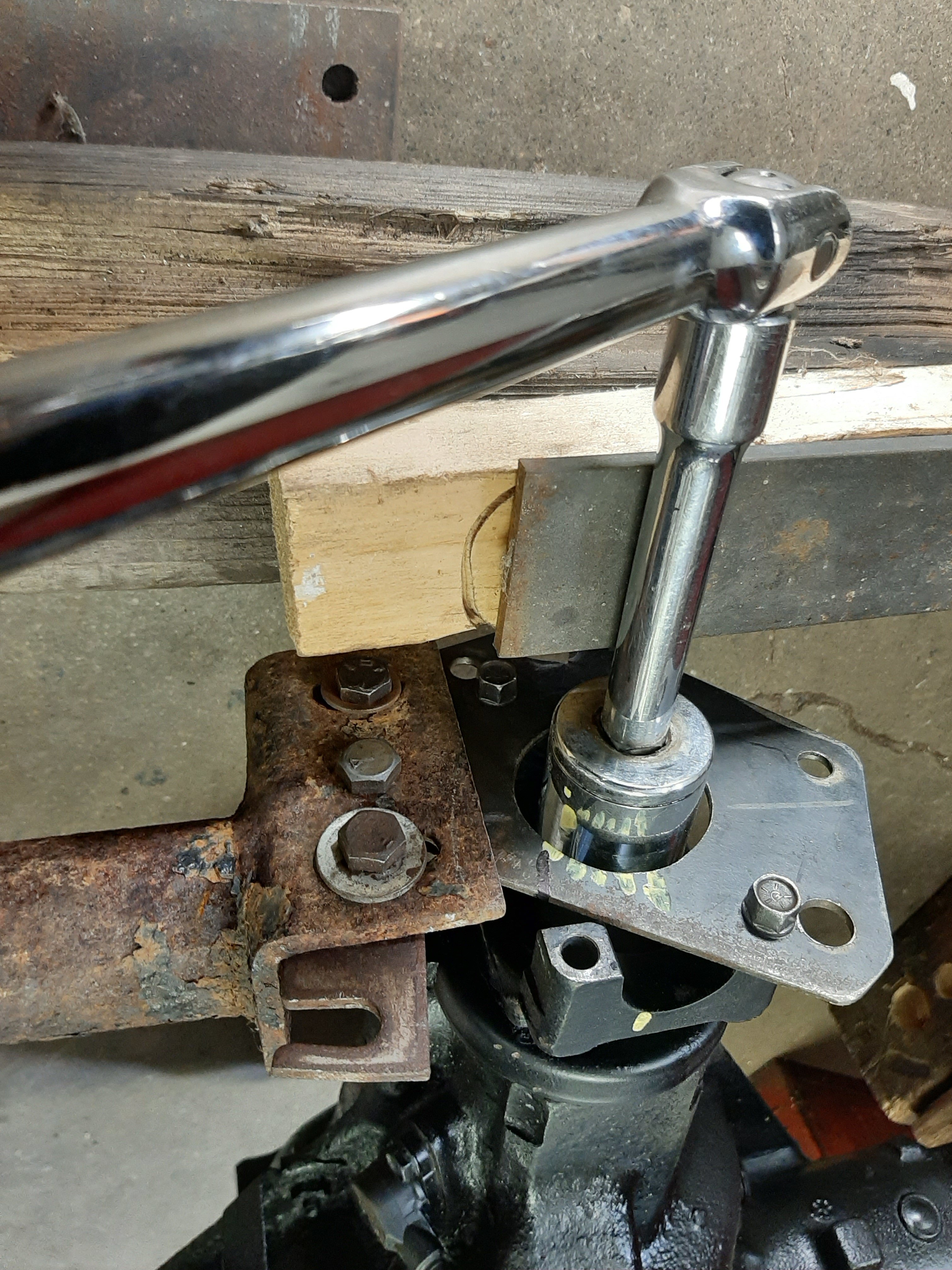 I used an old trailer hitch as part of my pinion holder to crush the sleeve. The axle works fine now. Replaced rotors, pads and shocks while I was at it.
I bought a new water pump at Advanced auto Niagara Falls US with a two year warranty. It failed soaking my Opti and I had to get towed home. The water pump has a wo year warranty until this April but I can't cross the border because of Covid border lockdown. Sheesh! LOL I live in Ontario, Canada near the border. 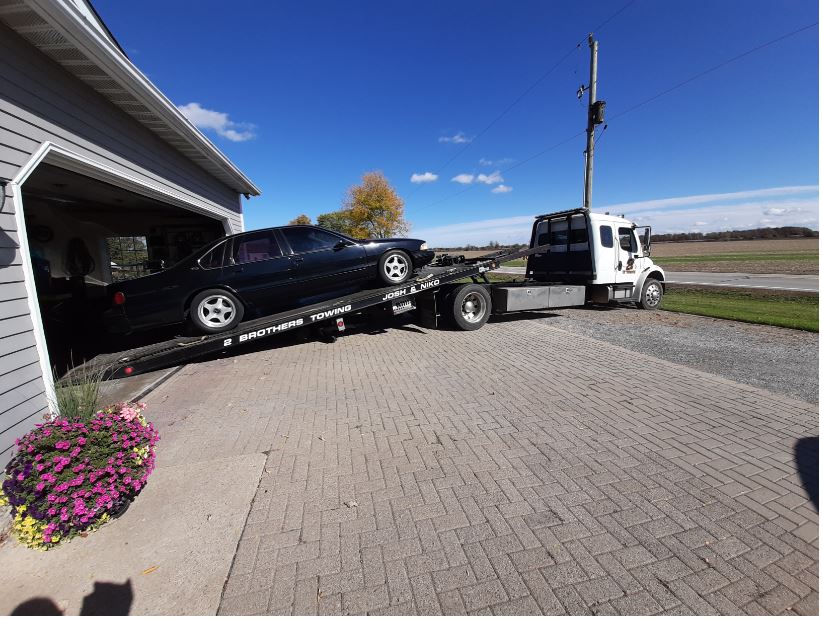 We just had a few unseasonably mild days of 60F weather so I got the Impala out of storage. The hood paint had gone flaky and I filled stone chips, wet sanded it and repainted it black epoxy primer. 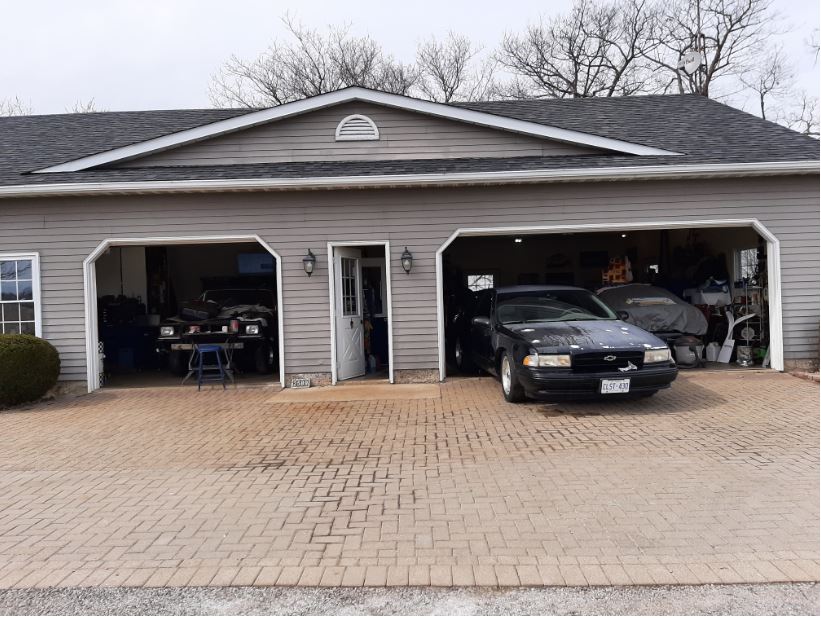 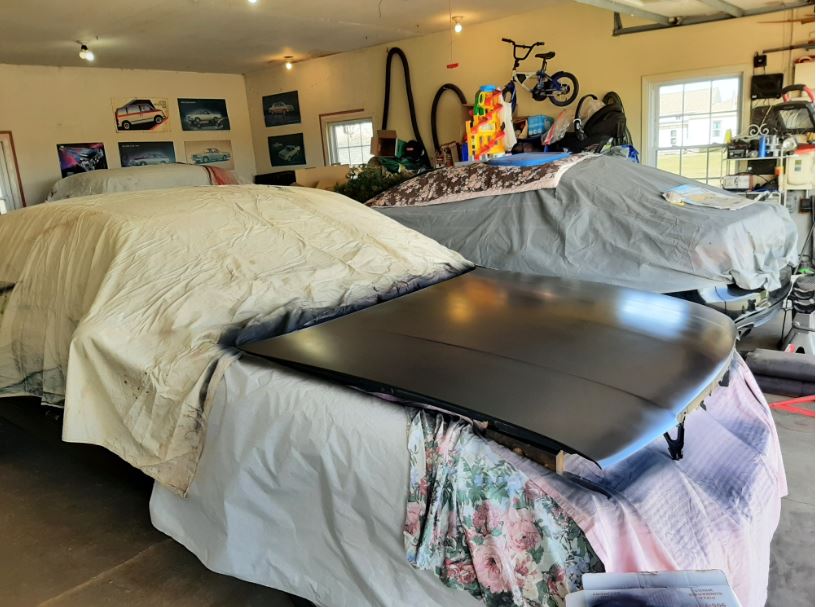 Ready for spring. Will finish the paint when the weather gets better. 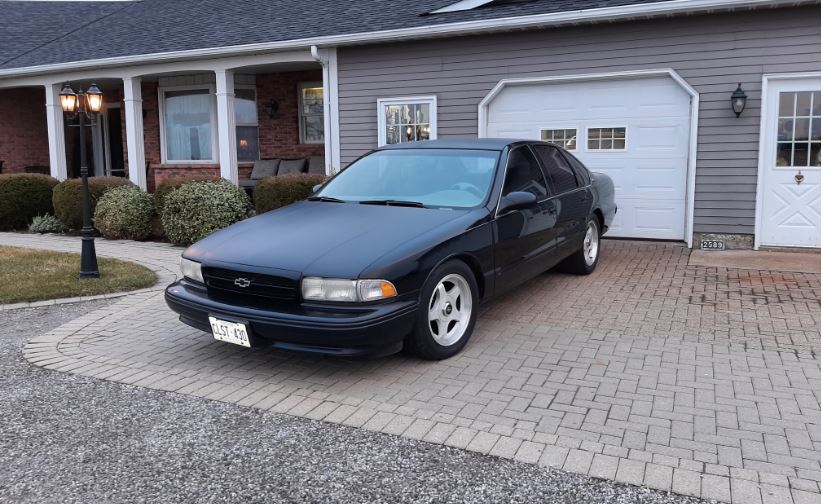 The Pontiac is in my nephews barn for the winter. A few weeks ago I went to charge the battery. The electric fuel pump is stuck again. Happened the previous winter too. I was able to shock it to break it loose last time. Might need a new fuel pump. I was at a PicNsave last year and a smashed 76 Monte Carlo had 3 Corvette 8x15 rally's. The check out lady thought they were just steel rims and I got them for $15 each. Sold the third one to pay for the other two. I had a pair of 15x7s. They look fine on the Pontiac with 27/60 and 235/60's. 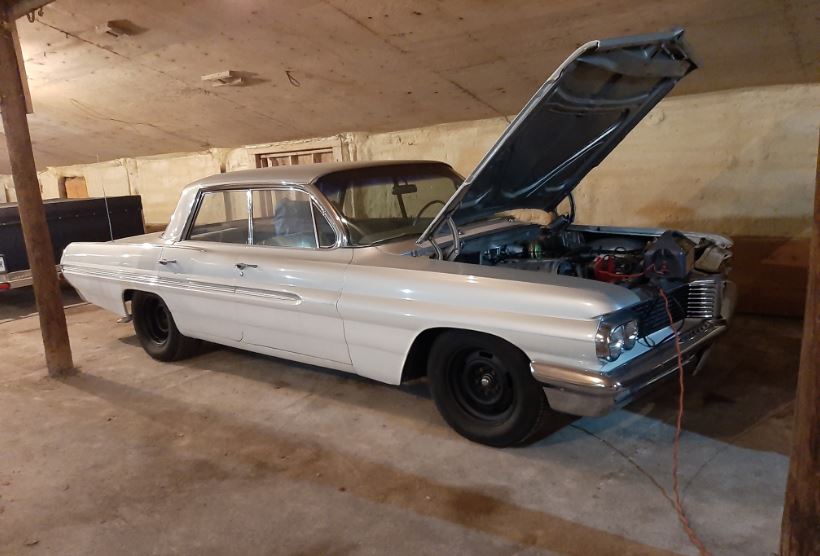 Anytime you buy a water pump make sure the bolts for the back plate are tight. I have had at least 2 leak from that black plate brand new. Beautiful cars
S