You are using an out of date browser. It may not display this or other websites correctly.
You should upgrade or use an alternative browser.
B

My name is Phil and here is my 1978 Oldsmobile Delta 88 Holiday coupe. I'm the 3rd owner of this 41k mile original survivor car. The original owner special ordered this car in 1978. He wanted the new Holiday 88 package (which got you bucket seats, console with floor shift, sport steering wheel, and sport mirrors), the 403 V8 4bbl, and 3.23 gears. Heavy duty cooling, brakes, and suspension were required since the 3.23s were considered trailer towing gears. As a result, this car is rated to tow up to 6000 lbs! It's all original except for the rear sway bar I added out of a 1996 Impala SS. What a difference in handling! Here are some pictures. 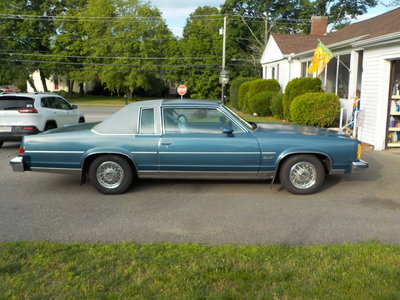 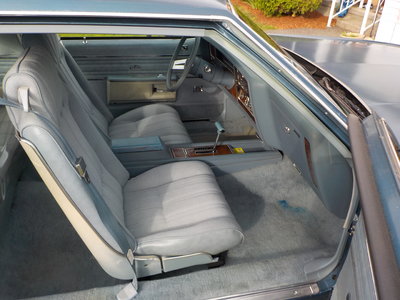 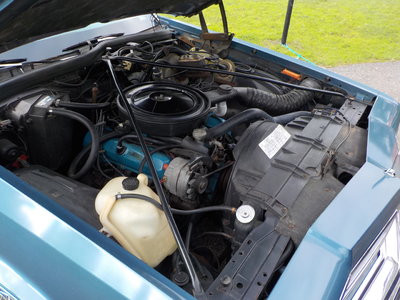 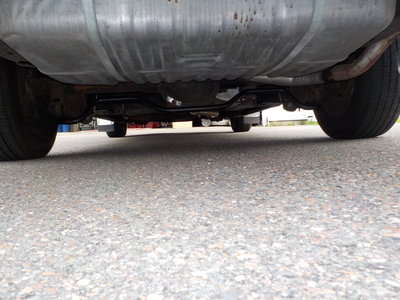 Gotta love a b body with bucket seats. I miss my delta bought it from original owner was a 1983 2 door royale brogham two tone just an awesome car. Lost it due to not having a lisence.
Reactions: GoodOldsGuy
S

Very nice , I would love to own that! Console shift what a rare option on a b body.
Reactions: GoodOldsGuy

Holy crap! That’s nice. I had a 78 Royale 2 door. I always wanted a Holiday package, but they were always too scarce or expensive.
Quick question-Why is the alternator on the passenger side of the engine? Did the non air conditioned models get the alternator over there? I can honestly say I don’t remember ever seeing one like that.
S

GoodOldsGuy said:
Holy crap! That’s nice. I had a 78 Royale 2 door. I always wanted a Holiday package, but they were always too scarce or expensive.
Quick question-Why is the alternator on the passenger side of the engine? Did the non air conditioned models get the alternator over there? I can honestly say I don’t remember ever seeing one like that.
Click to expand...

That is a chevy carryover. Almost all chevys have the alternator there. Earlier olds usually has them on the other side but this was when the companies where starting to mingle designs and parts.
Reactions: GoodOldsGuy

Shortfuse said:
That is a chevy carryover. Almost all chevys have the alternator there. Earlier olds usually has them on the other side but this was when the companies where starting to mingle designs and parts.
Click to expand...

I’ll be damned. I don’t think I’ve ever seen an Olds V8 with it over there, well, not since the mid 60’s for sure. My 78 350 (vin R), and my 79 403 (vin K) both have it on the other side. I will admit, all my Oldsmobiles (various years from 67 thru 83 all had factory air. It seems like they would have had to go a long way out of their way to put it over there too, as the Oldsmobiles had/have interdependent alternator and power steering brackets, so that would have been changed as well. And you know, looking close at that picture, it looks like it has a Chevy cruise control servo too. (Mounted on the left fender well). Olds put up them up front, mounted on the intake, positioned behind the upper radiator hose. So that’s definitely a “FrankenOldsmobile”. It is amazing how much engine you see without an A6 compressor blocking your view. Lol
C

I believe all the mid 80s had alt on passenger side. Orders cars with external voltage regulators were on the driver side as far as I know

Capricechris805 said:
I believe all the mid 80s had alt on passenger side. Orders cars with external voltage regulators were on the driver side as far as I know
Click to expand...

I’m not bragging, but I’ve seen a hell of a lot of Oldsmobile V8’s of that era, (I worked on them in the 80’s) and I’ve never seen one with the alternator on the passenger side, and I’ve only seen one picture of one, and that’s the one above. Lol That why it jumped out at me. I know Chevy V8’s had it on the passenger side no matter what brand of car it was in, but I would say it’s very unusual for an Olds V8 to have it on that side, again no matter what brand of car it’s in.
B 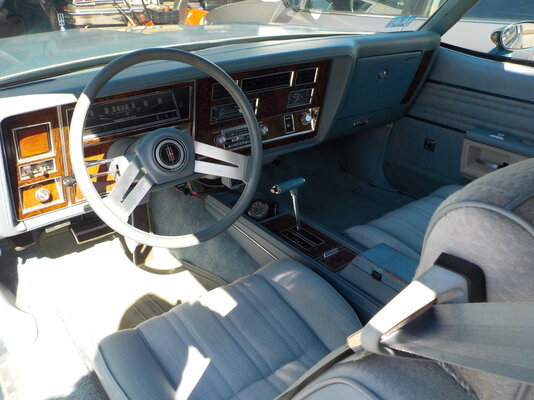 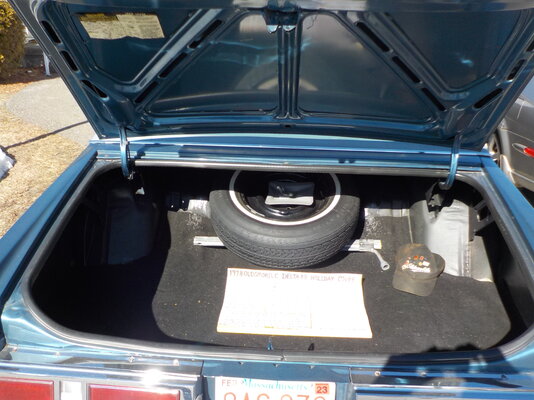 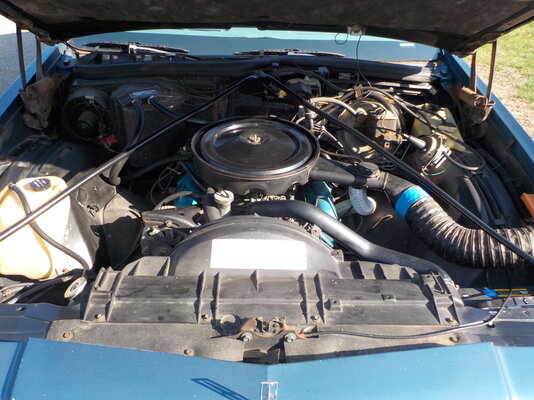 BigBlueDelta88 said:
The alternator is on the passenger side because it doesn't have A/C. The original owner special ordered the car in 1978 without A/C. This is the only Delta 88 I've ever come across without it. I had a friend who had a 1979 Cutlass with the Olds 260 and no A/C and his alternator was on the passenger side, too. I'm guessing it was to "balance" out the accessories so they all weren't on one side of the engine.
Click to expand...

That makes sense. I too have never seen a 77 and up 88 without a/c. I grew up in, and worked on them in South Texas and I can’t remember one that didn’t have factory a/c. Just like these days, A non air conditioned car would have had little value in Texas even in the 70’s and 80’s. The diesels gave up what precious few horsepower they did have to run an air conditioner, which probably explains why I never saw them lol Ah yes, the 260 Olds V8, all the weight, smog control, and efficiency of every other small block Olds, but with half the power! It was rumoured that the 260 V8 (LV8), and the 260V8 diesel (LF7), and both 260V6 diesels (LT6, and LT7) were discontinued when personal computers started coming with electronic calendars built in, and it was no longer feasible to measure those engines 1/4 mile time by turning the page of a paper calendar.

And thanks for more pics. That really is a beauty.
Is that an aftermarket cruise control? Because I’ve never seen one like that on an Olds V8 either lol 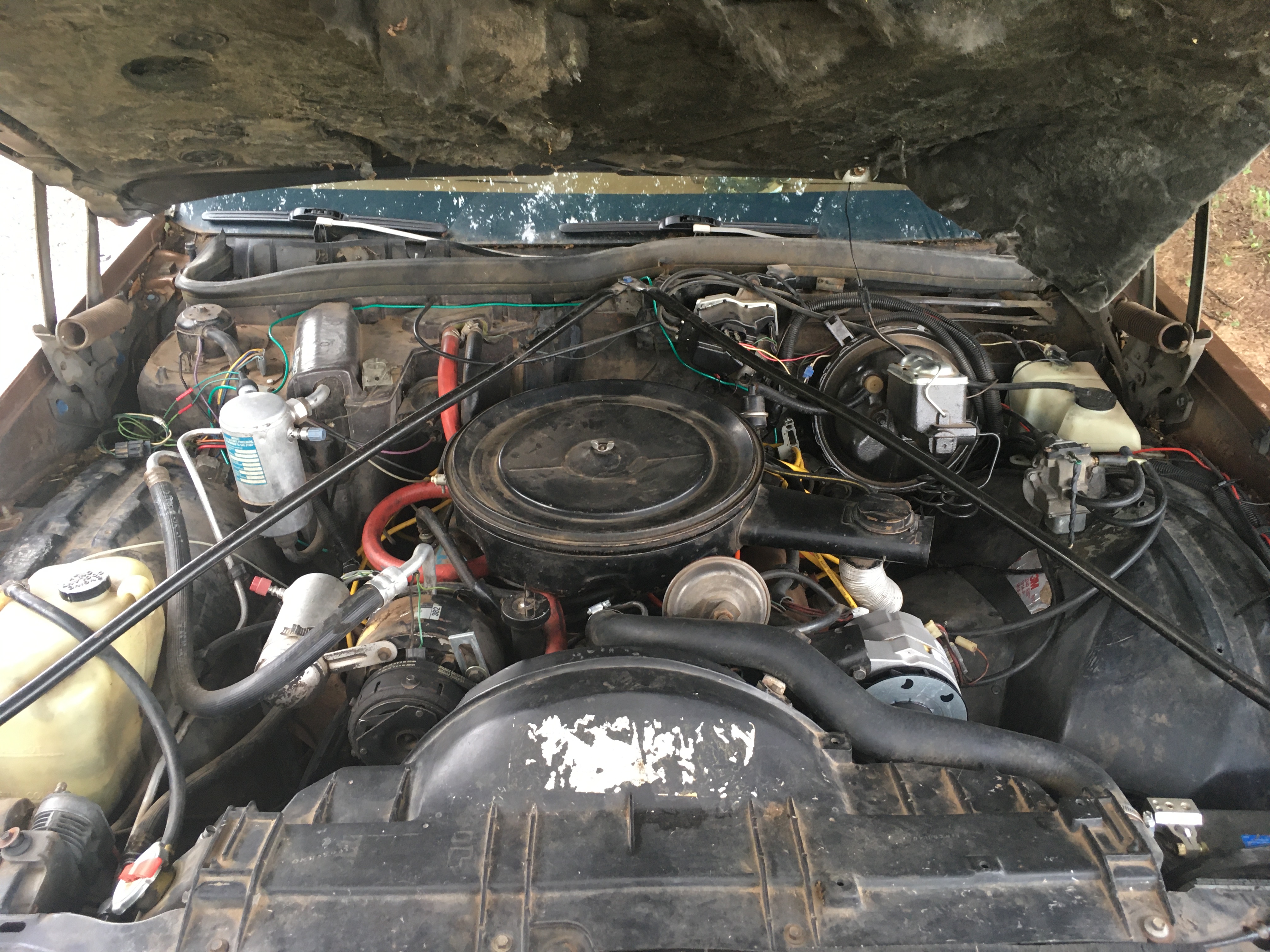 Here’s my 1979 Custom Cruiser 403 L80, Vin code K lay out. This one has a period correct R4 a/c compressor on the passenger side (the front compressor bracket is missing and I put a piece of flat stock there to hold it steady), and the Tempmatic air conditioning is visible on the passenger side firewall. On the drivers side, the alternator (a period incorrect 12SI, they came with 10SI) is in the usual configuration. The cruise servo is directly above the oil pressure sending unit (an oil pressure switch on non gauge equipped cars), between the alternator and upper radiator hose. The cruise transducer is on the drivers side fender well. This one is no where near as pretty as yours, but is typical of Vin R (350), and Vin K (403) layouts 1977 through 1979, and very similar to 307’s through 1990. Even the 307 equipped Cadillac Fleetwoods looked like this through 1988 (at least), complete with the level ride air compressor next to the radiator on the passenger side above the EVAP canister. The 77, and 78’s would have come with an A6 a/c compressor (the long one). If I’m not mistaken, the Omega was the only Olds left with an A6 compressor in 1979.
Anyway, after seeing and working on (quite literally) thousands of them, it caught my eye and struck me as odd. Sorry for the ramble The second and third pictures are of what the gauge package looked like in (at least) 77, 78, and 79.

GoodOldsGuy said:
Is that an aftermarket cruise control? Because I’ve never seen one like that on an Olds V8 either
Click to expand...

You're the third person to ask me that in the last couple of weeks. The car wasn't ordered with cruise control. So unless the previous owner started to install it... I know there isn't a switch to activate it or the vacuum operated mechanism that attaches to the carb linkage.
Toggle signature
1979 Hurst/Olds stock 350/350 2.73 posi
1978 Delta 88 Holiday coupe 403/350 3.23

That must be an aftermarket system. The vacuum servo (the thing that pulls the throttle open) is part of the transducer on your car and is mounted on the drivers side fender well. It looks like it’s all there if you wanted to try to make it work.
You must log in or register to reply here.

B
new guy with questions