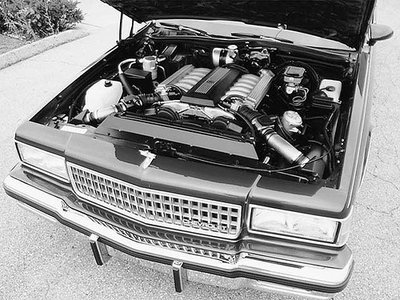 This one’s a bit of a cheat, but it’s a tale too fascinating not to tell. Back in the late 80s, GM was interested in developing a drive-by-wire system, which used a sensor instead of a throttle cable attached to the gas pedal. After being rebuffed by BMW in its bid to purchase the brand’s new drive-by-wire V12 that had gone on sale in the 1988 BMW 750iL, the General simply bought an entire 7 Series and hacked the motor out, dropping into the Caprice seen above for testing. The project came to light in the 90s when Hot Rod had the chance to explore Chevrolet’s prototype skunk works, proving that ultra off-brand engine swaps sometimes see factory support, too.
Click to expand...