You are using an out of date browser. It may not display this or other websites correctly.
You should upgrade or use an alternative browser.
D

G'day to you all, I'm completely new here, haven't even been lurking, but felt I should join, share some of my awesome B body GMs, I have always been a land yacht fan, grew up Mopar, bought a 67 Imperial Crown when I was 15 to be my first car, never have got it together 20 years later, still have it stored well though, traded a K car that was my first car on the road for an 81 Parisienne, back in 2004, my immediate family was all Mopar but I had no Diplomats or Fifth Avenues offered for trade and I figured a GM rear wheel drive v8 boat was better than a Mopar front wheel drive 4 cyl, that car started my b body GM love affair, it was a great car

I had the 81 Parisienne as my first (2004-06), then a couple years later an 85 Parisienne (2008-10), I got into derby around 2009-2017, had a couple handfuls of them, even wrecked my 85 Parisienne in that process, I derbied some OK cars but nothing pristine, the nicest ones maybe had pretty black frames but spreading seams at rear wheel wells and leaking roof/windshield causing floor rot, no mint ones, I was the derby guy but just using the ones that would have been wastefully crushed, with no last hurrah, I donated tons of parts from my derby ones and even a 91 Caprice that was to be a derby car donated its frame to a 56 Chevy 210 body for road use, its a monster with a 6.0L LS on the road now, just putting it out there that I have been the "bad guy" destroying these cars as well as preserving them, they are great cars all around, one of my favourites

Sometime around 2017 I wanted a nice one, found a 77 Delta 88 with the Chev 350, real clean and mostly original, picked it up, got 26mpg coming home down the highway, put dual exhaust and chrome wheels on it, drove it like that until this summer, put a 355 circle track motor in it that I got a good deal on, it sounds good and runs well but the motor needs more gear and maybe looser converter given it's build, I have a 3:73 posi setup to go in

I also have a 1980 Buick Electra Park Avenue, it's my winter/beater car to my 77 Delta 88/72 Chrysler Newport, it's a really cool car, has a Vortec headed 350 Chev cammed up, mild built 700R4, it really moves,
Reactions: GoodOldsGuy
D

Welcome glad to have another member.
D 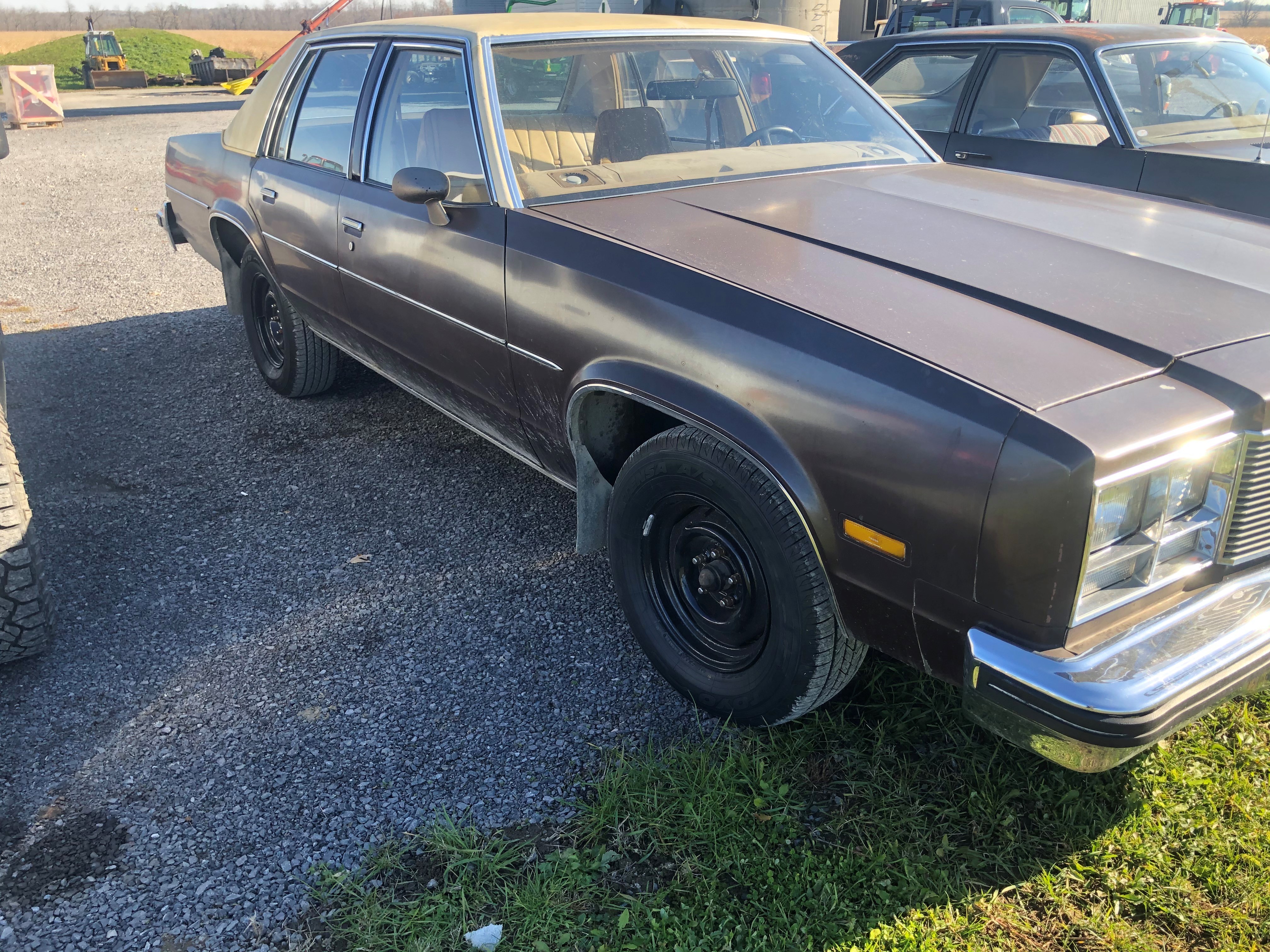 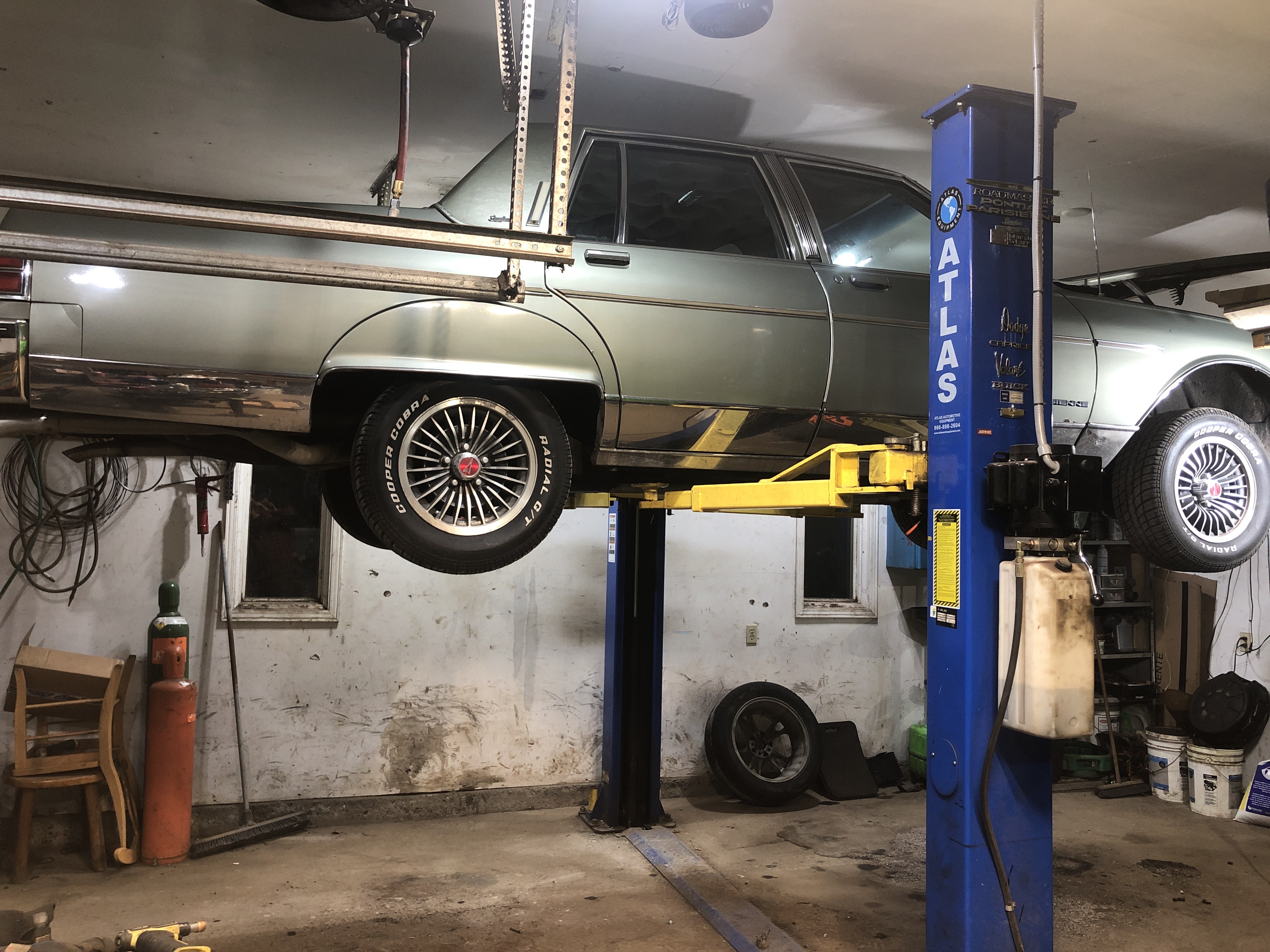 saw a 78 2 door parisienne for sale i would pass up otw to arkansas for sale and the guy wanted 500 regret not buying it. he probably scrapped it
M

Hey guys I have never uploaded a picture of my 84 Caprice Classic so here’s one when I first got it.

Here's some clips of mine